Gold price is lightly up in Q1 2017 because Mr. Trump hasn’t showed any real tax cut and fiscal spending plans. The US Dollar has been sold off (figure 1) and gold has been bought heavily after the Fed rate hike announcement. Gold has moved from 1198-1260 in Q1 2017 several times following Mr Trump policies news and Fed raising interest rate

Gold long term trend is up while its short term trend is in consolidation to wait for April 3 US ISM report and FOMC Meeting minutes on April 5. Gold will move up to test the long term resistant zone 1259-1261 if the US ISM misses the 57.0 expectation. 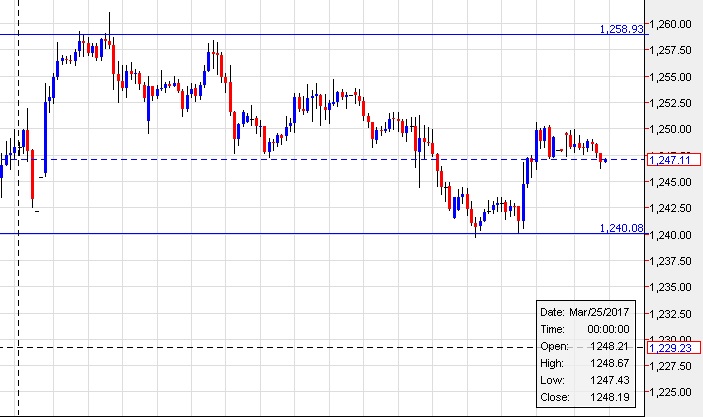 Gold investors and traders world wide will closely watch the gold price movement and short term break-out of the following zone 1259-1261, 1249-1251 for up trend continuation. However, gold will make a strong correction if it breaks the 1239-1241 zone today or tomorrow.

Want to join the discussion?
Feel free to contribute!